As Vienna celebrates 150 years of its Ringstrasse next year, Tourism Vienna recently released a video comparing Vienna now and at the beginning of the 20th century. While the landmark buildings such as the State Opera, Parliament or Burgtheater haven’t changed much, one major difference immediately becomes clear: Cars.

The video not only wants to “give an exciting insight into life on the Ringstrasse then and now” but also shows how life on the street was characterized by people a hundred years ago and is dominated by cars today. It’s particularly striking to see how people could cross the streets everywhere instead of being forced to the edges and only allowed to use crosswalks. Some footage highlights this: (click to enlarge)

I guess drinking a cup of coffee at Café Landtmann was more pleasant without cars parking around you. Apart from that, it’s interesting to note that with Mariahilferstrasse recently becoming Vienna’s first shared space, the future of Viennese streets might hopefully be more similar to their past than to their present. 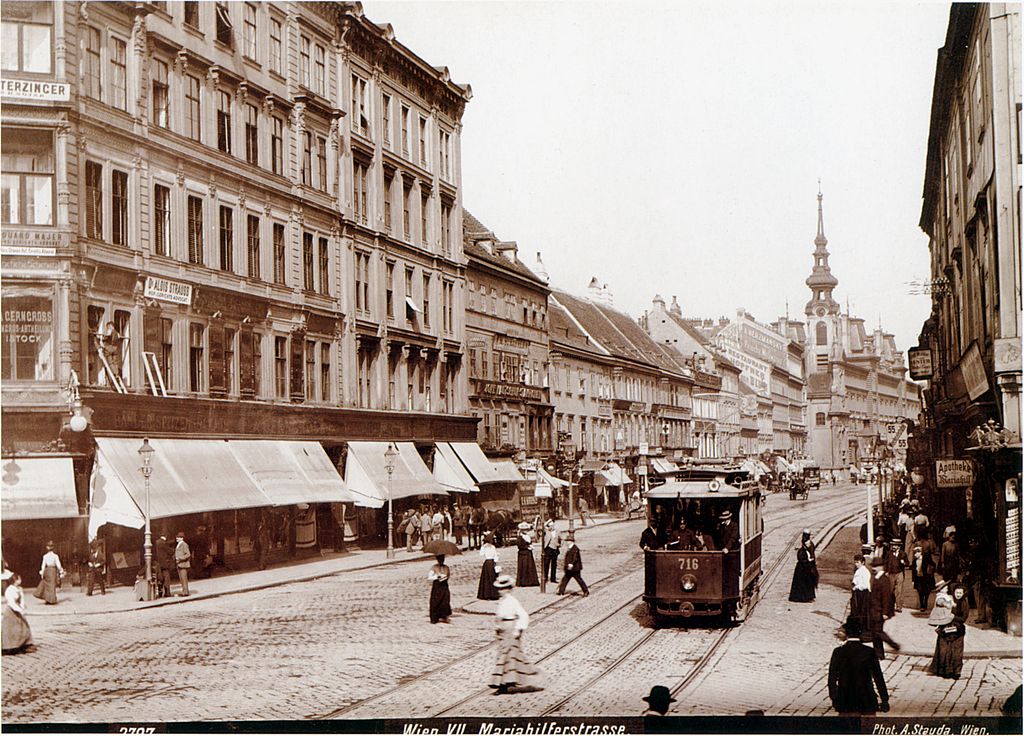 Mariahilferstraße in 1908, a street for people. (CC August Stauda / Wikipedia) 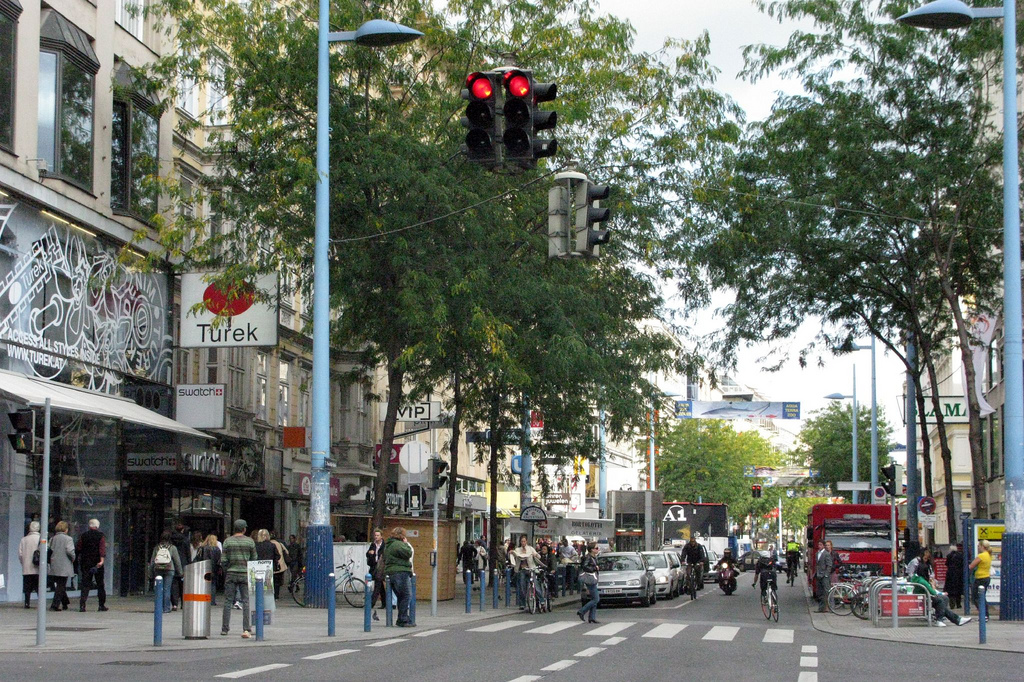 Mariahilferstraße in 2008, with people pushed to its edges. (CC Douglas Sprott / Flickr) 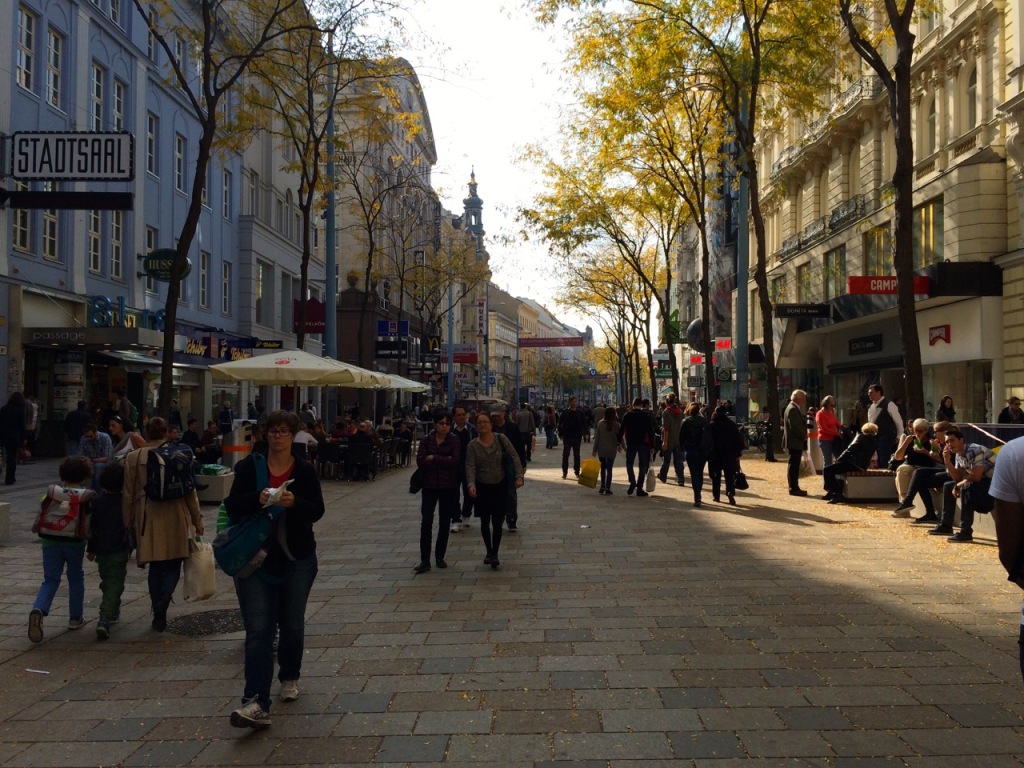 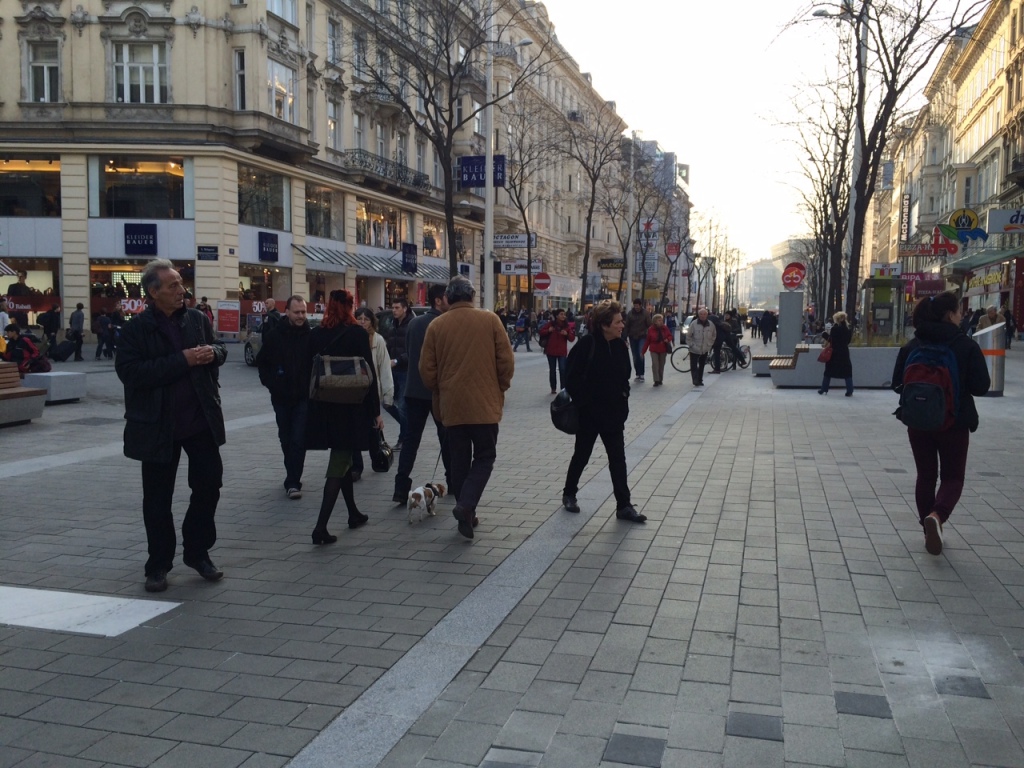