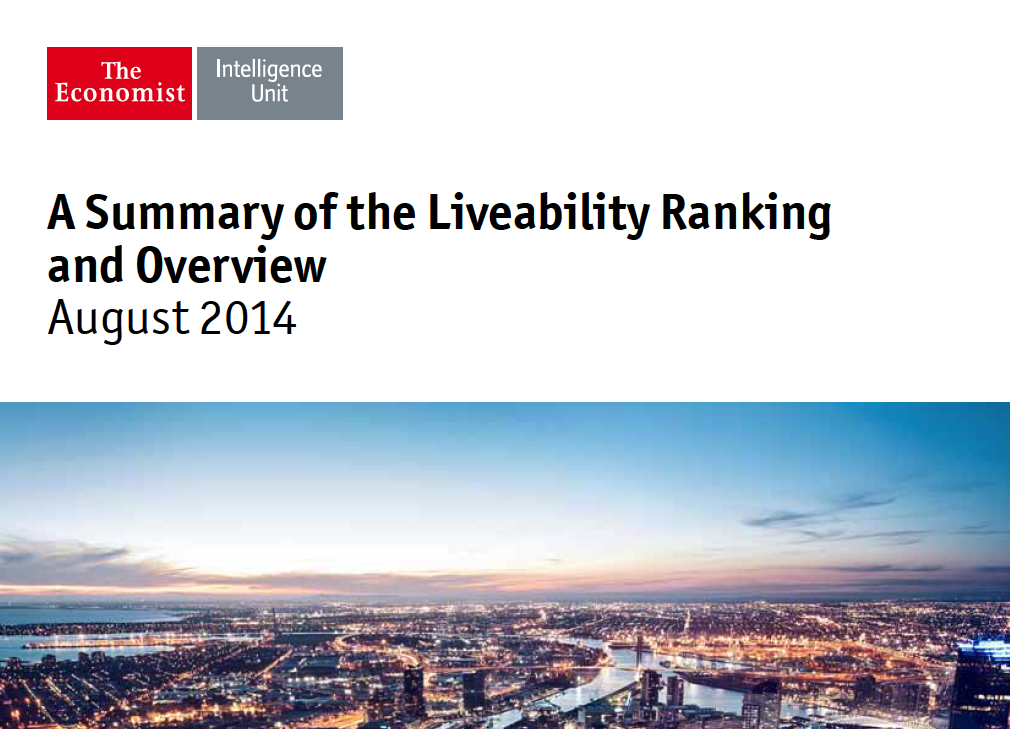 As the Economist notes, the top cities “tend to be mid-sized cities in wealthier countries with a relatively low population density. Hence those of us in London, San Francisco and Shanghai must endure the rat-race, and dream of dwelling amid Viennese coffee houses or Vancouver’s sailing and skiing.”

The top ten cities are dominated by Australia and Canada with four and three of the world’s most livable cities respectively. A closer look at the ranking shows that there’s no change compared to 2013 and once again reveals the surprising fact that both Melbourne and Vancouver beat Vienna when it comes to culture (as the environment is also part of this criterion):

It makes sense to take a closer look at what makes up “Culture & Environment” and “Infrastructure” – the two categories that deter Vienna and Vancouver from dethroning Melbourne. While the EIU doesn’t provide more detailed data in its free summary report, Vienna probably has lower scores for weather/climate and corruption while Vancouver’s deficiencies are harder to detect, given the wide range of infrastructure indicators.

The Economist also provides an interesting chart showing how cities’ livability has changed between 2009 and 2014: 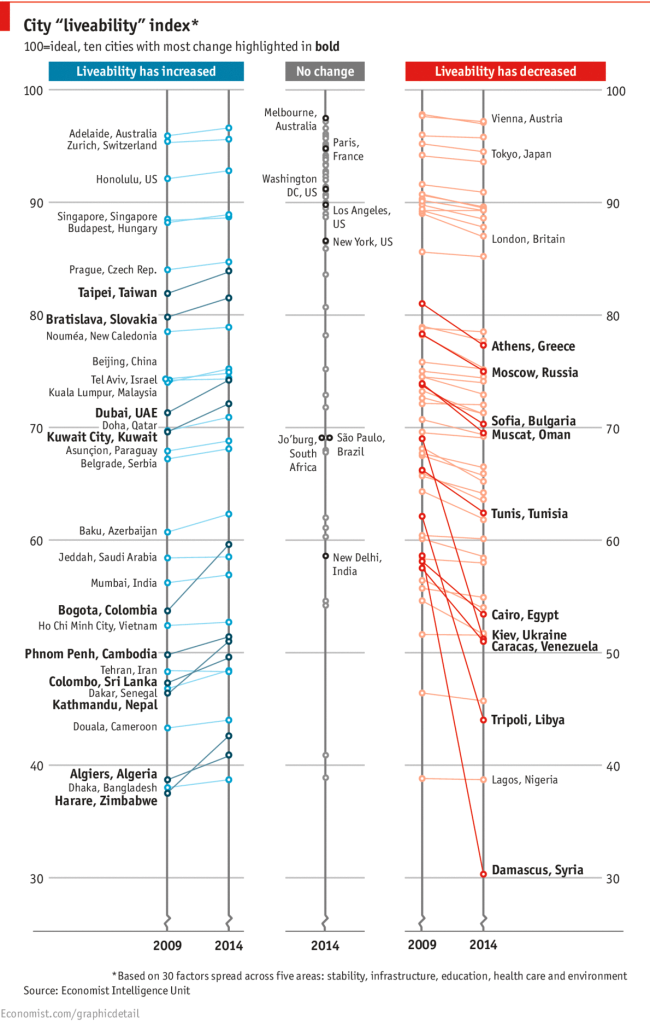 According to the Economist “over the past five years urban life has deteriorated somewhat: liveability has declined in 51 places and improved in 31 places. During that time, the index average has dropped 0.7 percentage points (skewed by cities in conflict areas where survival, rather than living well, is the priority). Interestingly, the top cities have not changed much over time.”

Vienna’s streets now and then (and in the future)